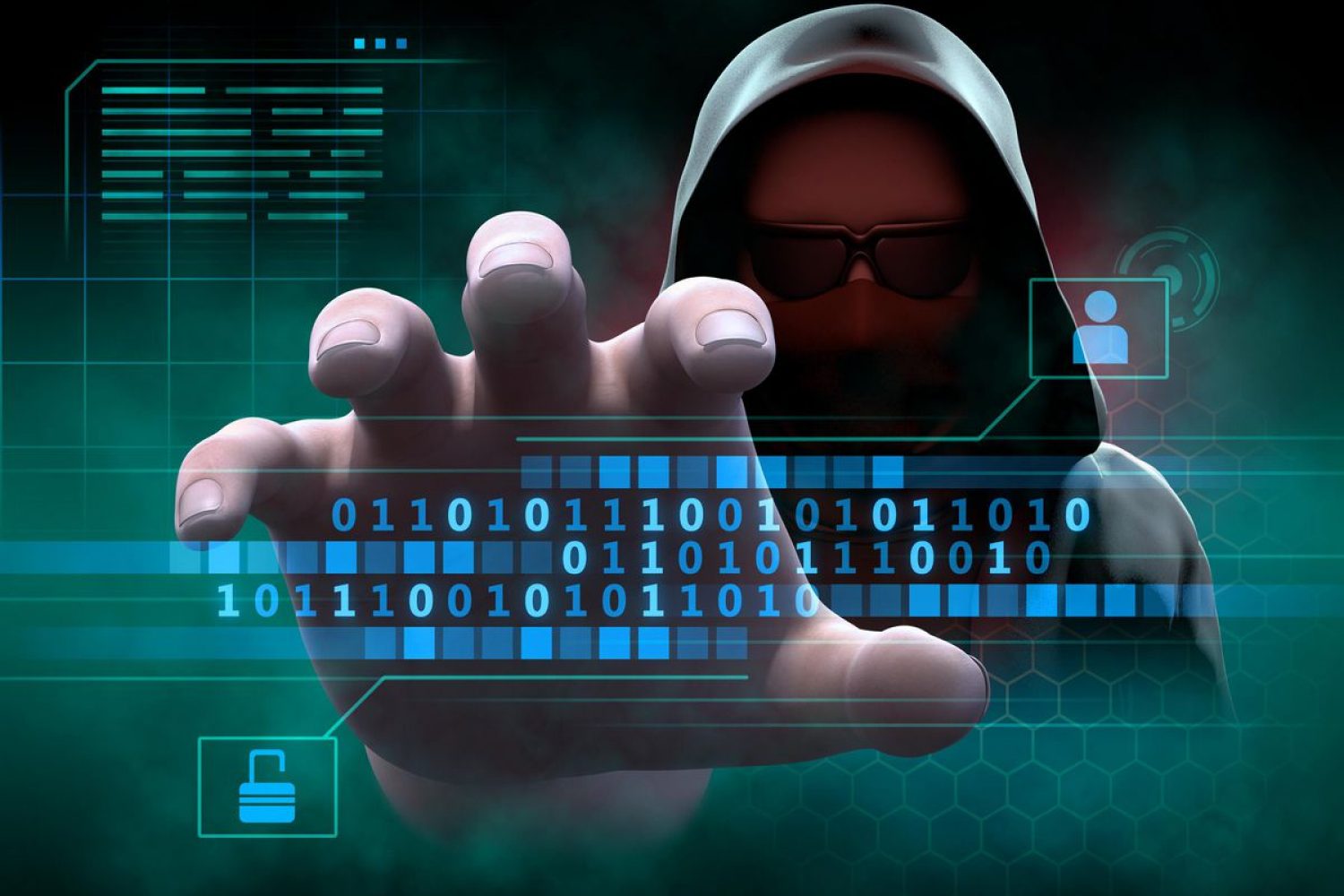 The Equifax data breach settlement includes up to $425 million for compromising 147.9 million accounts since 2020. How safe is your email?

Don’t you ever wonder why you get those unsolicited junk emails? Well, it is most likely your data was sold or shared as a result of a data breach. At the end of the post, we will show you how to keep passwords safe, so you minimize the risk.

What is a data breach?

A “breach” is an incident where data has been unintentionally exposed to the public.

ARE you worried that your Email may have been hacked?

Data breaches are becoming all too common these days, so we compiled this list of some of the biggest 21st Century breaches from the website, HaveIbeenPwned?, to give you a heads up on websites that are already vulnerable and know to change your website from. 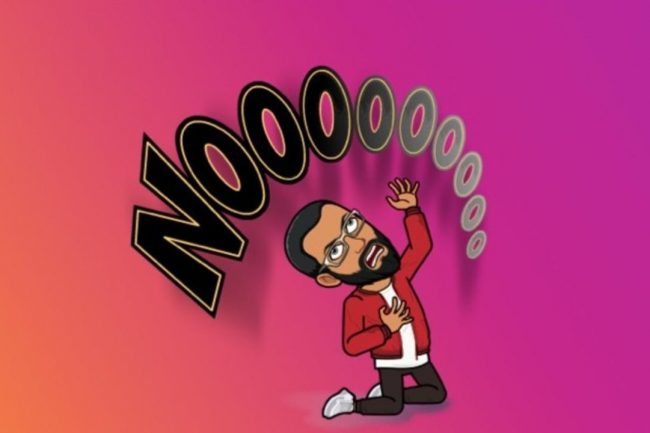 Covve is an address book hack. In February 2020, a massive trove of personal information referred to as “db8151dd” was provided to HIBP after being found left exposed on a publicly facing Elasticsearch server. Later identified as originating from the Covve contacts app, the exposed data included extensive personal information and interactions between Covve users and their contacts. The data was provided to HIBP by dehashed.com.
Compromised data: Email addresses, Job titles, Names, Phone numbers, Physical addresses, Social media profiles

The biggest problem with this data breach is that it affects people who had nothing to do with the app. For example, if someone had your phone number and email address and used the Covve app, your data was leaked just the same. – Source

In mid-2012, Dropbox suffered a data breach which exposed the stored credentials of tens of millions of their customers. In August 2016, they forced password resets for customers they believed may be at risk. A large volume of data totalling over 68 million records was subsequently traded online and included email addresses and salted hashes of passwords (half of them SHA1, half of them bcrypt).
Compromised data: Email addresses, Passwords

In February 2019, the email address validation service verifications.io suffered a data breach. Discovered by Bob Diachenko and Vinny Troia, the breach was due to the data being stored in a MongoDB instance left publicly facing without a password and resulted in 763 million unique email addresses being exposed. Many records within the data also included additional personal attributes such as names, phone numbers, IP addresses, dates of birth and genders. No passwords were included in the data. The Verifications.io website went offline during the disclosure process, although an archived copy remains viewable.
Compromised data: Dates of birth, Email addresses, Employers, Genders, Geographic locations, IP addresses, Job titles, Names, Phone numbers, Physical addresses

In October 2013, 153 million Adobe accounts were breached with each containing an internal ID, username, email, encrypted password and a password hint in plain text. The password cryptography was poorly done and many were quickly resolved back to plain text. The unencrypted hints also disclosed much about the passwords adding further to the risk that hundreds of millions of Adobe customers already faced.
Compromised data: Email addresses, Password hints, Passwords, Usernames

Action: An agreement in August 2015 called for Adobe to pay a $1.1 million in legal fees and an undisclosed amount to users to settle claims of violating the Customer Records Act and unfair business practices. In November 2016, the amount paid to customers was reported at $1 million.

In December 2016, a huge list of email address and password pairs appeared in a “combo list” referred to as “Anti Public”. The list contained 458 million unique email addresses, many with multiple different passwords hacked from various online systems. The list was broadly circulated and used for “credential stuffing”, that is attackers employ it in an attempt to identify other online systems where the account owner had reused their password. For detailed background on this incident, read Password reuse, credential stuffing and another billion records in Have I Been Pwned.
Compromised data: Email addresses, Passwords

In March 2012, the music website Last.fm was hacked and 43 million user accounts were exposed. Whilst Last.fm knew of an incident back in 2012, the scale of the hack was not known until the data was released publicly in September 2016. The breach included 37 million unique email addresses, usernames and passwords stored as unsalted MD5 hashes.
Compromised data: Email addresses, Passwords, Usernames, Website activity

In May 2016, LinkedIn had 164 million email addresses and passwords exposed. Originally hacked in 2012, the data remained out of sight until being offered for sale on a dark market site 4 years later. The passwords in the breach were stored as SHA1 hashes without salt, the vast majority of which were quickly cracked in the days following the release of the data.
Compromised data: Email addresses, Passwords

Action: LinkedIn acknowledged that it had been made aware of the breach, and said it had reset the passwords of affected accounts.

In approximately 2008, MySpace suffered a data breach that exposed almost 360 million accounts. In May 2016 the data was offered up for sale on the “Real Deal” dark market website and included email addresses, usernames and SHA1 hashes of the first 10 characters of the password converted to lowercase and stored without a salt. The exact breach date is unknown, but analysis of the data suggests it was 8 years before being made public.
Compromised data: Email addresses, Passwords, Usernames

In early 2013, tumblr suffered a data breach which resulted in the exposure of over 65 million accounts. The data was later put up for sale on a dark market website and included email addresses and passwords stored as salted SHA1 hashes.
Compromised data: Email addresses, Passwords

In late 2016, a huge list of email address and password pairs appeared in a “combo list” referred to as “Exploit.In”. The list contained 593 million unique email addresses, many with multiple different passwords hacked from various online systems. The list was broadly circulated and used for “credential stuffing”, that is attackers employ it in an attempt to identify other online systems where the account owner had reused their password. For detailed background on this incident, read Password reuse, credential stuffing and another billion records in Have I Been Pwned.
Compromised data: Email addresses, Passwords

In March 2020, a massive trove of personal information referred to as “Lead Hunter” was provided to HIBP after being found left exposed on a publicly facing Elasticsearch server. The data contained 69 million unique email addresses across 110 million rows of data accompanied by additional personal information including names, phone numbers, genders and physical addresses. At the time of publishing, the breach could not be attributed to those responsible for obtaining and exposing it. The data was provided to HIBP by dehashed.com.
Compromised data: Email addresses, Genders, IP addresses, Names, Phone numbers, Physical addresses

In July 2018, the social bookmarking and sharing service ShareThis suffered a data breach. The incident exposed 41 million unique email addresses alongside names and in some cases, dates of birth and password hashes. In 2019, the data appeared listed for sale on a dark web marketplace (along with several other large breaches) and subsequently began circulating more broadly. The data was provided to HIBP by dehashed.com.
Compromised data: Dates of birth, Email addresses, Names, Passwords

In May 2019, the graphic design tool website Canva suffered a data breach that impacted 137 million subscribers. The exposed data included email addresses, usernames, names, cities of residence and passwords stored as bcrypt hashes for users not using social logins. The data was provided to HIBP by a source who requested it be attributed to “JimScott.Sec@protonmail.com”.
Compromised data: Email addresses, Geographic locations, Names, Passwords, Usernames

Action: According to a later post by Canva, a list of approximately 4 million Canva accounts containing stolen user passwords was later decrypted and shared online, leading the company to invalidate unchanged passwords and notify users with unencrypted passwords in the list.

In February 2018, the diet and exercise service MyFitnessPal suffered a data breach. The incident exposed 144 million unique email addresses alongside usernames, IP addresses and passwords stored as SHA-1 and bcrypt hashes (the former for earlier accounts, the latter for newer accounts). In 2019, the data appeared listed for sale on a dark web marketplace (along with several other large breaches) and subsequently began circulating more broadly. The data was provided to HIBP by a source who requested it to be attributed to “BenjaminBlue@exploit.im”.
Compromised data: Email addresses, IP addresses, Passwords, Usernames

Action: MyFitnessPal acknowledged the breach and required customers to change their passwords, but didn’t share how many accounts were affected or how the attackers gained access to the data.

eBay reported that an attack exposed its entire account list of 145 million users in May 2014, including names, addresses, dates of birth and encrypted passwords. The online auction giant said hackers used the credentials of three corporate employees to access its network and had complete access for 229 days—more than enough time to compromise the user database.

Action: The company asked customers to change their passwords. Financial information, such as credit card numbers, was stored separately and was not compromised. The company was criticized at the time for a lack of communication with its users and poor implementation of the password-renewal process.

Yahoo announced in September 2016 that in 2014 it had been the victim of what would be the biggest data breach in history. The attackers, which the company believed we “state-sponsored actors,” compromised the real names, email addresses, dates of birth and telephone numbers of 500 million users. Yahoo claimed that most of the compromised passwords were hashed.

Then in December 2016, Yahoo disclosed another breach from 2013 by a different attacker that compromised the names, dates of birth, email addresses and passwords, and security questions and answers of 1 billion user accounts. Yahoo revised that estimate in October 2017 to include all of its 3 billion user accounts.

The timing of the original breach announcement was bad, as Yahoo was in the process of being acquired by Verizon, which eventually paid $4.48 billion for Yahoo’s core internet business.

Effect: The breaches knocked an estimated $350 million off the value of the company.

Equifax, one of the largest credit bureaus in the US, said on Sept. 7, 2017 that an application vulnerability in one of their websites led to a data breach that exposed about 147.9 million consumers. The breach was discovered on July 29, but the company says that it likely started in mid-May. The breach compromised the personal information (including Social Security numbers, birth dates, addresses, and in some cases drivers’ license numbers) of 143 million consumers; 209,000 consumers also had their credit card data exposed. That number was raised to 147.9 million in October 2017.

Equifax was faulted for a number of security and response lapses. Chief among them was that the application vulnerability that allowed the attackers access was unpatched. Inadequate system segmentation made lateral movement easy for the attackers. Equifax was also slow to report the breach.

Action: The company has agreed to a global settlement with the Federal Trade Commission, the Consumer Financial Protection Bureau, and 50 U.S. states and territories. The settlement includes up to $425 million to help people affected by the data breach.

How to keep your passwords safe 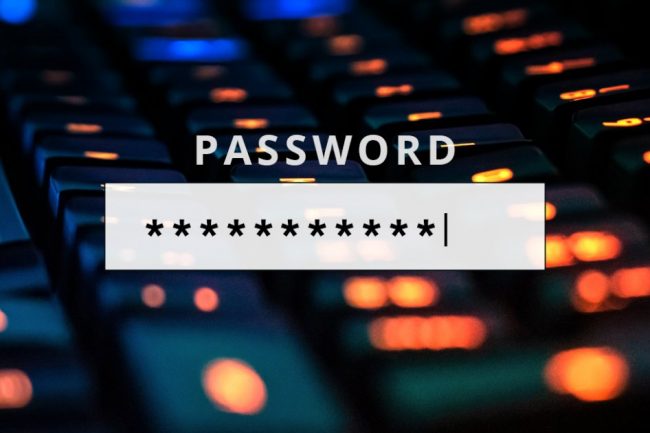 We recommend you take these steps to keep your personal info safe and protect your digital identity.

Welcome to Pishon Design Studio Blog - the exciting digital space of Zainab Sule, who seems to be quite at home with Code & guitars. This blog focuses on latest web design trends, social media etiquette, apps, and everything tech! Follow us on Instagram! View all posts by Zee
error: Content is protected !!