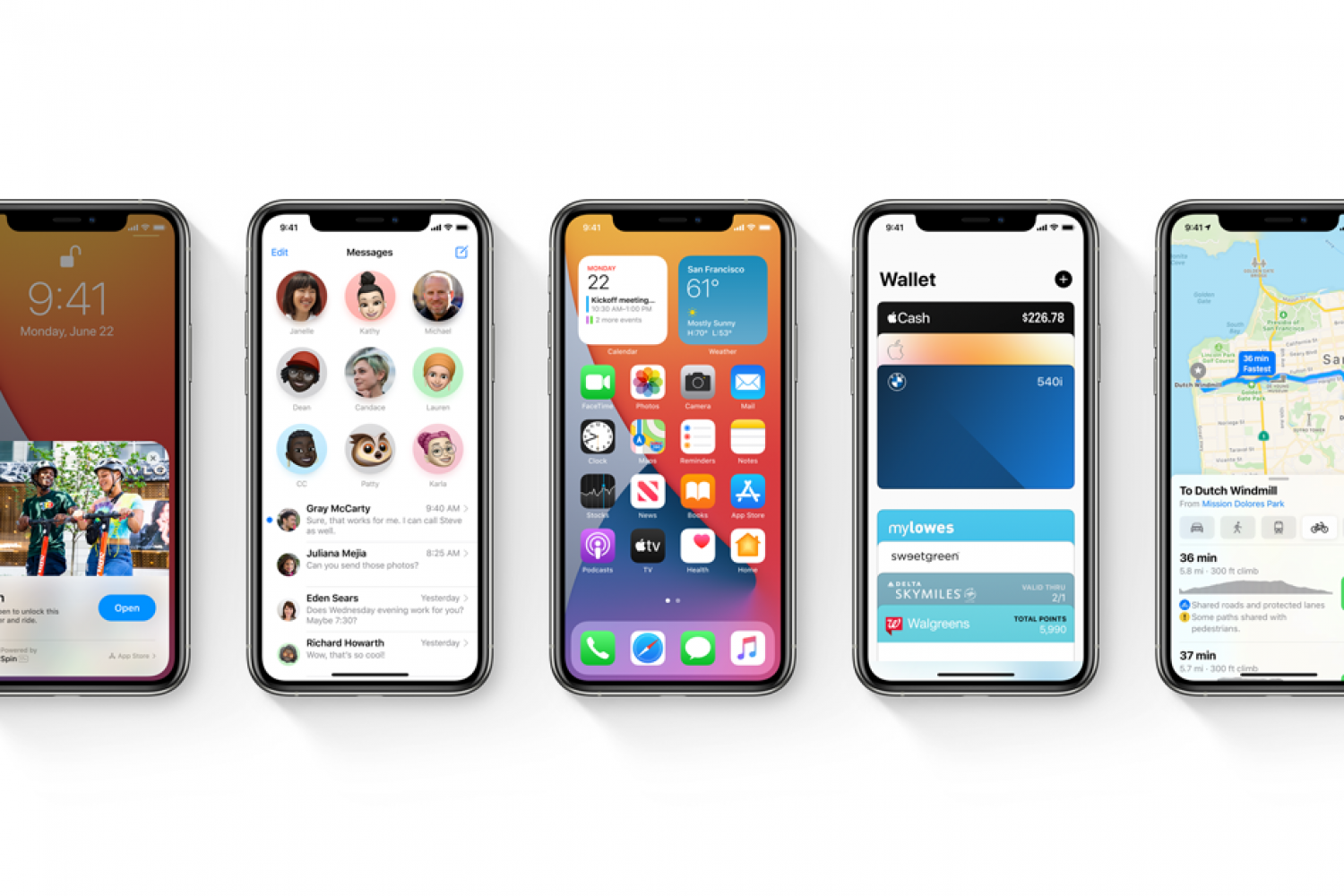 Well, yes, the IOS 14 is out and everyone is raving about it. Personally, I think it’s ‘alright’. Here are the new cool features of iOS 14!

iOS 14 brings a fresh look to the things you do most often, making them easier than ever.

Apple’s ‌iOS 14‌ was released on September 16th. The update is available worldwide.

The update is available on all eligible devices (see below) over-the-air in the Settings app. To access the new software, go to Settings > General > Software Update.

‌iOS 14‌ is compatible with the same iPhones as iOS 13, including older devices like the original iPhone SE and ‌iPhone‌ 6s including:

‌iPadOS 14‌ is compatible with all of the same devices that were able to run iPadOS 13, which include:

‌
tvOS 14‌ is designed to run on the fourth- and fifth-generation Apple TV models. It is not compatible with earlier versions of the ‌Apple TV‌, as those models do not support tvOS.

The App Library is a new space at the end of your Home Screen pages that automatically organizes all of your apps into one simple, easy‑to‑navigate view. All of the apps on your iPhone are automatically sorted into categories such as Social, Productivity, and Entertainment. Categories intelligently reorder based on app use.

When you receive a call, it appears as a banner instead of taking over the entire screen, so you won’t lose track of what you’re doing. Swipe up on the banner to dismiss it or swipe down to access extended phone features and tap to answer.

You can now continue watching a video or taking a FaceTime call while you use another app. Perfect for having a video call with a friend while you find a time to meet or catching up on a TV show while checking your email.

Conversations are easy by design with Translate. Turn the phone to landscape to split the screen and show text from both sides of the conversation. Just tap the microphone button to say something, and automatic language detection transcribes the original and translated text on the correct sides of the screen, followed by the translated audio. Conversation mode works for downloaded languages even when you don’t have an internet connection.

Advanced on-device intelligence lets you translate your voice from one language to another. Downloaded languages can be translated using voice even without an internet connection.

Other Features of iOS 14 include:

You can give apps your approximate location instead of your exact location (perfect for a weather or sports app), for example. When an app asks to access your photos, you can select specific photos to give it access to, instead of your whole library.

On “supported devices,” FaceTime calls get a bump in quality, up to 1080p.

While it won’t affect many people, here’s a cool application of AI technology: If you’re in a group FaceTime call and someone is using sign language, your iPhone will detect it and make that person more prominent.

And do you remember how iOS 13 had a neat feature where it would tweak your eyes to make it look like you were looking at the camera, instead of down at your display? That “eye contact” feature never ended up shipping, but it’s back in iOS 14.

With iOS 14, you’ll be able to designate third-party apps to be your default email or browser. You can currently run other browsers and email apps on iPhone, but when you open a link or email address, it will still open Safari or Mail.

With iOS 14, when you click on a link or email address, it will open the app of your choosing instead.

There are a number of very welcome improvements to the Camera app in iOS 14.

First, the Quick Take video mode enjoyed by the iPhone 11 (press and hold the shutter button in Photo mode to take a video) will come to iPhone XR and iPhone XS. And all iPhones will get the ability to change video resolution and frame rate in the Camera app, rather than digging into the Settings app.

On iPhone 11 and 11 Pro, there is a small steady guidance indicator when taking Night Mode shots.

In addition to the single-shot exposure lock, there is now an exposure compensation slider that lasts for an entire session whether taking photos or videos.

Messages is arguably the most important mobile app in Apple’s arsenal. Apple is adding some big features to Messages across iOS, iPadOS, and macOS.

You can now pin up to nine conversations, keeping them at the top of your Messages stack. That is a relief to anyone who has a lot of different conversations going, or just gets a lot of two-factor authentication codes over SMS.