Samsung’s Galaxy S8 is probably one of the most beautiful phones of 2017. The phone’s best feature is definitely the amazing screen!

Like the recently launched, and still excellent, LG G6, the front of the Samsung Galaxy S8 is almost all screen. And this is really what makes the S8 stand out. Unlike with the G6, though, the display here melts away into the sturdy metal rim. There’s no ‘Edge’ version this year, because both versions have a sloping panel.

Galaxy S8 Specs at a glance:

The look of the Samsung Galaxy S8 is what will sell it to the legions of fans clamoring for a new phone from the brand – and to a wider audience as well. While there aren’t that many internal upgrades, the front of the phone is mostly just display, and it’s by far the lowest bezel-to-screen ratio we’ve seen on a globally-available flagship phone so far.

The fingerprint scanner is on the back, by the camera, and it’s rather hard to use from the natural holding position for a phone in your palm. It is something you could get used to, but we’re not sure why Samsung put it so close to the camera when it could have been closer to the middle of the phone.

The 5.8-inch Super AMOLED display is clear, bright and colorful, with a QHD resolution (and a little bit more, thanks to the screen being extended further down the chassis and now offering an 18.5:9 aspect ratio). 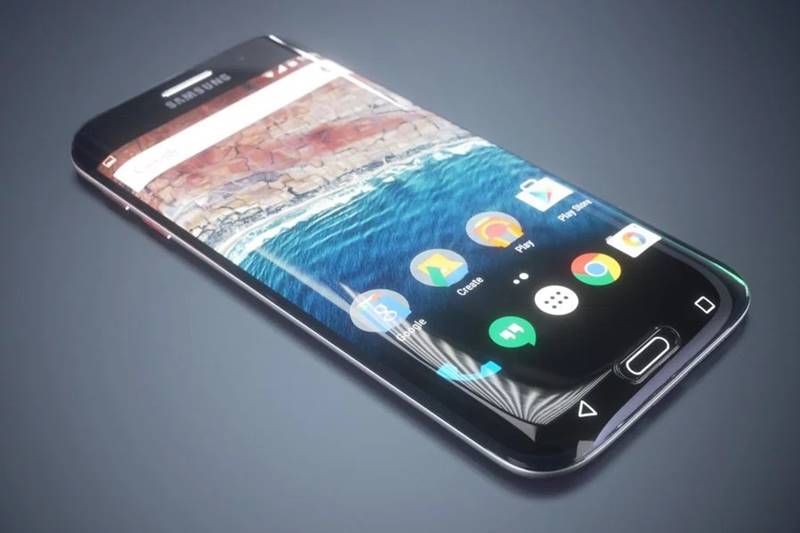 In terms of the Samsung Galaxy S8 spec, there are no surprises here for anyone who’s been keeping tabs on the leaks. 4GB of RAM sits alongside either the Qualcomm Snapdragon 835 chipset, or Samsung’s own Exynos 8895; we’ve not had these chips confirmed to us yet, nor which region is getting which variant, but our sources have told us that this is the configuration we can expect.

As such, the Samsung Galaxy S8 has a 10% more powerful CPU than last year, and a 21% more grunty GPU for better manipulation of all the little blocks on the screen.

On contract in the US, it’ll cost you anywhere from $28 to $35 a month, depending on your carrier.

In the UK you’ll be able to pick up the Galaxy S8 for around £40 per month on a two year deal – put you’ll have to part with some cash upfront too.

However, for that money you do get more storage than before, as the phone will land with 64GB of on board storage, rather than the 32GB of last year – plus there’s a microSD card slot and some decent AKG headphones in the bundle too.

Samsung has now confirmed the Galaxy S8 release date: April 21 for the US, and April 28 for the rest of the world (including the UK). Well, we in Nigeria can just use amazon na. Or Jumia.